Food Coming to a Retail Store Near You

LONDON, United Kingdom — In a grand restaurant in central 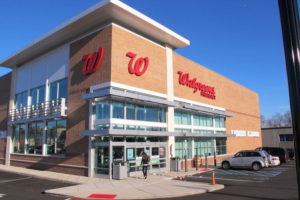 London, customers tuck into classic British delicacies such as afternoon tea topped off with a glass of champagne. Since opening this spring, Thomas’s on Regent Street has become something of a destination. But the space isn’t one of London’s new dining hotspots; this is Burberry’s all-day café at its London flagship, named after the founder of the luxury fashion brand.

Burberry is just one of the retailers enhancing their stores with food and drink experiences. In September, Ralph Lauren opened Ralph’s Coffee on the second floor of its Polo flagship on Fifth Avenue in New York, while the previous year, further downtown, Club Monaco unveiled a coffee shop, Toby’s Estate Coffee, in its rebranded flagship. Just last month, Gucci launched a bistro, Gucci Café, in its store in Shanghai’s IAPM shopping centre. Meanwhile, over in the Ginza district of Tokyo, customers can eat and drink at Bulgari, Chanel and Dunhill, to name a few.

So why are the retailers that dress us starting to feed us and top up our drinks as well?