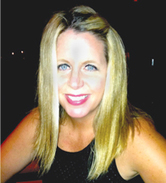 As a proud Apple iPhone 6 Plus owner, editor Angela Diffly ponders why Apple Pay remains intangible – even for those who hold the digital keys to this magic payments kingdom.

No one said it would be easy to change consumer behavior from something so ingrained, like swiping a credit card, to something so cool, like mobile wallet, or even something so different, like chip and PIN. Let’s face it, many Americans — embarrassingly enough — still write checks at the supermarket. Here’s an idea — instead of ten items or less, how about opening lanes for mobile wallet users? Before that dream can become reality, retailers must first accept mobile wallet — period. What a novel idea.